4 Countryside Court is a 3-bedroom bungalow with a double car garage located in Bradford.

Bradford is a quiet town located 15 minutes north of Newmarket.

This cozy bungalow is just the right size for the growing family or anyone looking to downsize.

It has 3 good size bedrooms, master bedroom with a semi-ensuite, hardwood floors in bedrooms, large eat-in kitchen with a walk-out to a wood deck, fully finished basement with a family room, rec room and a 3-pc bathroom.

Contact Kirby Chan to make an appointment to see this beautiful bungalow at 4 Countryside Crt. Call 416-305-8008 or use the form below.

See other similar properties for sale in the area.

Find out how much your home is worth.

“Transactions have been down on a year-over-year basis since June, after being up substantially in the last half of 2011 and the first half of 2012. Some buyers pulled forward their decision to purchase, which has impacted sales levels in the second half of 2012,” said Toronto Real Estate Board (TREB) President Ann Hannah.

“Stricter mortgage lending guidelines, including a reduced maximum amortization period and a purchase price ceiling of one-million dollars for government insured mortgages, have prompted some buyers to move to the sidelines. This situation has been exacerbated in the City of Toronto because the additional upfront Land Transfer Tax takes money away from buyers that otherwise could be used for a larger down payment,” continued Hannah.

The average selling price was up by 1.6 per cent annually to $485,328. The MLS® Home Price Index (MLS® HPI) Composite Benchmark was up by 4.6 per cent compared to last year.

“The moderate annual rate of price growth compared to previous months was largely due to a different mix in detached home sales this year compared to last, particularly in the City of Toronto. The share of detached homes that sold for over one-million dollars was down substantially, which influenced the overall average price,” said Jason Mercer, TREB’s Senior Manager of Market Analysis.

“The MLS® HPI detached benchmark price, which tracks the price for a home with the same attributes over time, was up by almost six per cent in Toronto, suggesting that market conditions for low-rise homes remain quite tight despite a changing mix of sales,” added Mercer.

A new development where the Fashion District and Entertainment district meet is perfect for those who crave the day and nightlife of Toronto.  Menkes’ new project, Fabrik Condos is under pre-construction at 431 Richmond Street W. and is scheduled for completion in July 2015.

Fabrik’s modern and unique exterior will rise 16-storeys high that will certainly stand out in this area.  There will be approximately 168 units with a wide range of floor plans to choose from varying from 424 to 1,388 square feet starting in the mid $200’s.  Each unit will have high 9-foot ceilings, laminate flooring, quartz kitchen counter tops and Energy Star appliances.

Amenities will include a stylish lobby with an 8-hour concierge service, guest suites, well-equipped workout facilities including a yoga studio, party room, screening room, pet grooming room.  The highlight of this condo is a beautifully landscaped terrace found on the 11th floor overlooking the city.  It will feature a fireplace, multiple barbecue stations and a lounge area to socialize.

With its ideal location with future developments in the area, Fabrik units will sell very quickly without a doubt!

Search like a Realtor using our VIP Home Search Tool  (See all available listings, even the hidden ones)

Fill in the form below for more information on Fabrik Condos

A new urban development in the West Don Lands will be introduced as the Canary District.  It is located at Front and Cherry Streets in downtown Toronto.  The Canary District Condominiums is a single project (composed of four buildings) that will occupy a block out of the eight being developed in the district.  It is said that it will evolve into Toronto’s largest urban village as it will be modern and a pedestrian-friendly community.

The building’s exterior consists of stone, metal and glass while its interior is furnished with hardwood and engineered floors throughout (utilizing locally-sourced materials); kitchens feature ceramic porcelain backsplashes, built-in and concealed kitchen appliances and European-style kitchen range hoods; spa inspired bathrooms where a choice of marble or porcelain full height wall tiles in tub/shower enclosure and a custom designed vanity with quartz vanity top.Canary District Condominiums will have 369 residential units of townhouses and lofts pricing at the low $200’s consisting of a privately raised courtyard, accessible from the second to the mezzanine.  Just because you live in a condo doesn’t mean you have to go to the park or gather at someone else’s home.  An outdoor barbeque and dining area is conveniently located within the building!  Other amenities include a billiards room, party room and 24 hour concierge while an 18-acre Don River Park, upcoming YMCA, George Brown residences, upscale retail, dining, sports, art and culture are minutes away!

Lay down some roots and be a part of this new community as the Toronto Waterfront may be the new place to be.  A celebration of life and nature, family and community.  It is estimated to be completed by 2015.

Search like a Realtor using our VIP Home Search Tool   (See all available listings, even the hidden ones)

B. Streets Condo in the Annex

B. Streets Condos is a new condo and townhouse project by Lindvest Properties located at Bloor and Bathurst Streets in Toronto’s Annex neighbourhood.  A beautiful “cube”-like exterior occupies 4-storeys diverting its elongated appearance while providing contemporary design.  B. Streets Condos embodies a 9-storey residential complex on top of the retail level.  The main floor provides a generous walk-way and retail stores that can be of convenience to pedestrians and residents.  Other amenities include a concierge, internet lounge, party room, theatre room, outdoor patio with bar when you feel like having friends over; a fitness centre, yoga studio and hobby room to relieve some stress.  The Bloor Cinema and many of the city’s best amenities can also be found around the area!
General suite finishes include stainless steel and energy efficient appliances, composite quartz counter tops with a choice of subway style backsplash, wide plank flooring, 9-foot ceilings and balconies.  Clients will have 195 suites to choose from, professionally designed by Cecconi Simone Inc., in which every single unit has a unique design from the last.

With Lindvest Properties’ B. Streets Condos winning the highest number of awards for a project at the 32nd BILD Awards, this condominium will sure attract new residents while residents who currently live in the area already know what they’re NOT missing!

Search like a Realtor using our VIP Home Search Tool  (See all available listings, even the hidden ones)

Convienant location that is steps to the lake, park, bike paths, trails, downtown Toronto, TTC transit, shopping and the QEW.

This is a one bedroom unit at approximately 600 square feet. It has a sunny west exposure with stunning lake views.

***Update – I am looking for sellers! Due to the popularity of the blog, I have a list of condo buyers looking to buy a unit.

Waldorf Astoria Lofts were once luxurious hotels that have been turned into elegant condos in the 1990’s. It still has the New York City style feel and are approximately 100 years old.  Although they aren’t traditional hard lofts, they have been renovated with lots of beauty left.  Located at 80 & 88 Charles Street between Church and Jarvis, Waldorf Astoria is steps away from Yonge & Bloor, subways, shopping, restaurants, parks and the prestigious Yorkville.  It is a well-maintained and safe neighbourhood that make it an ideal location for a stroll for residents and pedestrians alike!

This is a 1 bedroom plus a den unit with a west exposure. The den can be used as a second bedroom. Walk out to balcony from den. 24 hour concierge & security. Spotless unit shows like a model unit. 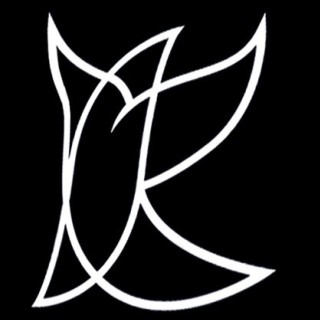